Liberty is an ideology for everyone. It benefits all people and groups whose goals do not inherently require oppression. All objections to liberty have simply stimulated more thought into what is possible with voluntary organizations and shown more clearly how much better they are at providing services originally thought to be possible by government. Movements once believed to be wholly incompatible with libertarianism, such as feminism and environmentalism,1 now have their own branches of libertarian thought. Liberty is a universal acid. 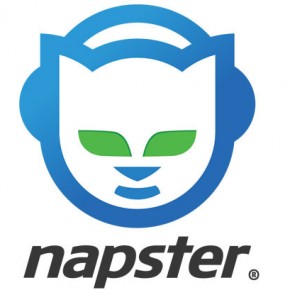 And yet people do not listen. The ideal of liberty is too abstract for them: most people need to experience liberty before they will desire it. For example, when Napster was invented, suddenly people around the world could ignore the oppression of copyright. They tasted freedom and the taste was sweet. Once they had experienced it, they would not give it up.

The goal of the libertarian entrepreneur is to give others that taste, not by influencing politics but by making politics irrelevant. It is to build capital goods for agorism, so that agorism can be brought to the masses. This requires a principled approach which is narrower than the nonaggression axiom without contradicting it. There is more to be concerned about than whether an organization is voluntary: two forms of organization may be equally voluntary but unequal in their vulnerability to government attack.2

For example, suppose the people in a community came to adore a company whose services require that they give up control of their land or their weapons to it. Such a system could, in theory, remain completely voluntary, but only a fool would think it likely. Such a company would be easily corrupted, either by transforming itself into a government or by collusion with an existing government. There is no basis to criticize such a company strictly on libertarian grounds, but by the time it begins to behave coercively, it may be too late. Whereas the libertarian entrepreneur should oppose it form the start and urgently develop an alternative business model to compete with it. 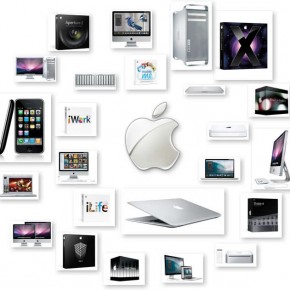 The libertarian entrepreneur should identify those industries with the greatest level of risk and attempt to transform them into something less risky. There are three ways an industry can be at risk. First, if the government would particularly benefit from controlling it. There are some industries that the government likes more than others: police, education, and transportation are particularly risky. Second, if the industry is particularly centralized. The government has only to collude with its largest players in order to take it over. Third, if the industry works in a way to promote customers' dependence. If it is too inconvenient to switch from one company to another, then people will be inclined to stay dependent upon it even after it becomes corrupted.

If an entrepreneurial idea is to be adopted, it must be attractive to people who are not concerned with government risk. It is unacceptable to propose that people just stop putting money in banks and trade only in gold coins, as did both Rothbard and Mises. Libertarian entrepreneurship must simultaneously increase the division of labor and reduce risk. As successful as the homeschooling movement has been, it can never directly challenge the control of the public schools over children. An idea that promotes atomism makes everyone poorer. Not an easy sell, and self-defeating in the end too. Loners stand no chance against the state.

The strategy, therefore, is to promote decentralization by enabling people to coordinate with one another by a shared system of rules or traditions rather than through a mediator. Promote independence from particular organizations by promoting greater dependence on networks and on society as a whole. 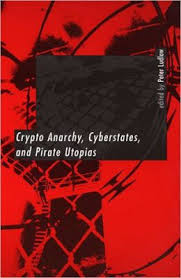 The crypto-anarchy movement,3 which from the beginning drew upon anarcho-capitalist theory,4 may be summed up by the observation that cryptography gives us an enormous opportunity to spread the taste of liberty. Crypto-anarchy is not a branch of libertarian theory. It is a libertarian strategy. It is a framework for action. The cryptographic tools we have today are cheap, powerful, and profoundly individualistic. No one can hold a gun to an equation. Cryptographic software will function according to the rules of mathematics, regardless of government directives. As long as it is possible to distribute software, then cryptographic software can show people liberty.

Cryptography should be thought of primarily as a community—builder, not as a tool of secrecy. There is always something which is secret, but it does not have to be a message. Instead, it can work rather like a car key: its form is arbitrary and meaningless, but its shape is associated with a lock to a machine that cannot run without it. A machine locked by the key cannot be jump-started.

Cryptography promotes independence by reducing the need to rely on physical strength for defense. It is easy to construct a key that could not be broken by a computer as big as the Earth if it ran for millions of years. This locks the government out of the actions that require the key. Cryptography promotes decentralization by reducing the need to coordinate through third parties. A well-written protocol is enough to enable people to cooperate and to hold them to their obligations.

Chapter 3: The Killer App of Liberty

Chapter 4: The Risk From the Software Industry