Bitcoin Is Great, But It Won’t Fix Our Monkey Brains

First published on The Ümlaut 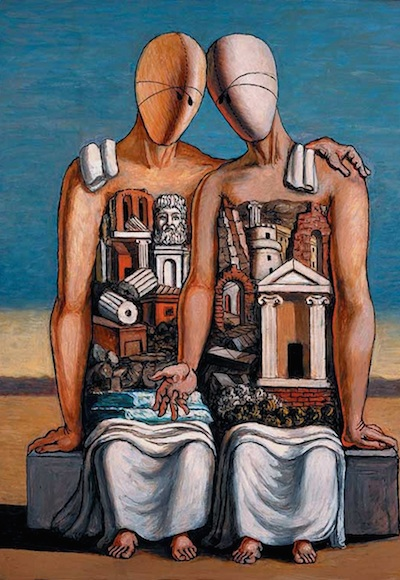 Bitcoin is now generally understood to be A Thing, and a particularly exciting one at that. Once-fashionable skepticism for its own sake is quickly becoming less click-worthy than this gripping Stephensonian saga written in real time. Take care you don’t go overboard. I’ve done it myself. I’m sure I still do, in some way or another. There are many trees and the forest is still taking shape. And boy, can those trees captivate. This presents new problems.

Visions receive more attention than game plans. We know we want to “decentralize,” at least. Growing pains notwithstanding, the old ways simply will not do. Power corrupts, we are reminded from birth. The worst get on top, fewer learn later. Men are not angels but too many of them still run the world. No, our doomed synthetic seraphocracy must go.

We say we desire the opposite: A way to remove the need for trust in human judgment among the commanding heights. Or, as the Telegraph put it yesterday, an “anarchic future where centralised power of any kind will dissolve.” Imperial obsolescence or a Techno-Leviathan, depending on your ideological bent. Creatively destroying our inherited repositories of human derp and replacing them with a null set. Well, more like a mostly-unbreakable cryptographic constitution that enforces institutional neutrality. Upon this first-best taxis will a constellation of (monotonic) cosmos proliferate. Good Things should follow, in whatever form you please.

In its most basic form, this cryptoinstitutional utopianism belies a seductive, but incomplete, understanding of both human social systems and of Bitcoin’s potential.

Partly grounded in hopeful affiliation and WEIRD moral universalism, cryptoinstitutional utopianism misses the forest of human sociality for the trees that line adherents’ individual Minecraft plots. It does not consider that institutions may be largely endogenous to human populations or that some human populations may prefer their “non-inclusive” institutions, thank you very much. Nor that Alice and Bob are secretly guided by a grab-bag of heuristics, impulses, and tribal connections. Like it or not, we too are compelled by a number of “irrational” drives—religious, familial, and national—that thwart our tidy utility models and foil the according schemata for “optimizing” outcomes. Bitcoin provides us with tools, but these will not immediately transform worldly humans into the homo economicus who would best wield them. Our monkey brains, at least in the foreseeable future, are here to stay.

We should therefore not be surprised when Bitcoin-based institutions emerge with the same deficiencies that riddled outdated models. It is not the protcol’s fault, for instance, that consumers fork over their private keys to third party processors without batting an eyelash. And why would they balk? Top Bitcoin boosters promote expansion as an end in itself, a confederacy of carpetbaggers are too eager to oblige. (Say what you will, at least Tim May was forthright.) Inspired amateurs can’t help that they harbor normal human distastes for abstraction. Trust in math? Yeah, right. They are drawn to familiar forms so Xapo gives them debit cards. We truly trumpet trustless exchange in name only. “Bitcoin” is decentralized, “Bitcoin” is private, “Bitcoin” is secure…oh, but Circle is my #brand. The lesson here is that if you’re going to mass market a commercial anti-value, you should expect a lot of nihilistic consumption.

By “anti-value,” I mean a value that is defined by the absence of a perceived ill. Liberty, for instance, is an absence of tyranny. Equality is an absence of hierarchy. Libertarians and egalitarians can generally only try to extend “liberty” or “equality” by chipping away at their opposing forces. If a revolutionary adhocracy were ever to eradicate tyranny or hierarchy, no binding virtue would remain to guide “freed” communities. Only weak vigilance to the void lingers to blind and bind—which is to say that a sexier number soon swoops in to comfortably fill it. Anti-values are quite useful to rationalist reformers seeking the disruption of their opposites, but provide no substantive moral content on their own. They are hollow, tenuous shells in which humans pack our narratives, neuroses, and loyalties. (For these reasons, they tend to backfire.)

In the case of Bitcoin, cryptoinstitutional utopians sell the technology as a kind of “anti-trust,” as a way to escape or beat back the need to rely on other humans. “The requirement of trust is unacceptable,” reads the first general statement of a recent “App Coin” whitepaper, for instance. Not quite a cognitive exit to the cold efficiency of those dreamy DACs, but a promising start. Sources of social friction that previously mandated trust and justified control can now be subverted. All you will need in the world of tomorrow is a screen, a utility function, a fistful of bitcoins, and a Rube Goldberg multisignature transaction and baby, you’re ready to price discover. What more could an atomized WEIRDo ask for?

The problem here is not the diagnosis, which I share, nor the proposed solutions, which are proper and potent to repel the growing democratic sickness that chokes human creation. Bitcoin provides us a critical escape from forced trust in unaccountable monopolies. However, trust in transactions, per se, should not be the object of ire and in fact cannot be if we want to participate in beneficial ways. Distributed ledgers obviate the need for trust in the money changers, but humans are still trust-seeking and Bitcoin is still money and money is still trust. In a post-Bitcoin world, trust will become more important than ever.

The case of distributed markets illustrates how objective features can be anchored as a normative ideal. Last month, fellow Ümlauteer Jerry Brito, Houman Shadab, and I released a comment draft of our forthcoming working paper on regulatory threats facing existing and developing Bitcoin-based financial products and platforms called, “Bitcoin Financial Regulation: Securities, Derivatives, Prediction Markets, & Gambling.” We describe different ways that tinkerers and entrepreneurs are applying Bitcoin to higher financial activities before describing how they might run afoul of U.S. regulations, or if they can even be “regulated” at all.

As a peer-to-peer medium of exchange, Bitcoin allows us to transfer funds without the need to rely on a third party ledgerkeeper. Unfortunately, it presently does not provide an adequate messaging space or platform for price discovery. In other words, Bitcoin provides an ideal transfer mechanism but no immediate way to find desired trades or negotiate terms in this vast digital cavern where no one knows you’re a dog. Centralized exchanges fill a market gap to varying degrees of competency, but they create choke points that regulators can target and shut down. Project teams race to create a platform that provides the option of permissionless, anonymous, peer-to-peer trading (and obviates the possibility of pesky federal interference). Distributed reputation systems and messaging platforms, it is purported, can be fashioned and combined to provide these functions for Bitcoin, albeit not in the most accessible manner.

The implications for the shit triangle are pretty straightforward, but I don’t think the distributed market model will dominate the Bitcoin economy. During the transition, distributed markets will be attractive options for individuals operating in black and grey markets, for obvious reasons. For most above ground professional investing, however, the gains from near-anonymous discovery and negotiation—even when aided by given reputation systems—will pale in comparison to the gains from harnessing trusted associates’ tacit knowledge to gauge the trustworthiness of potential trading partners.

In fact, this is the model that many early Bitcoin adopters and professional traders have employed for years now over IRC channels. Each day, traders in channels like #bitcoin-assets swap information, shoot the breeze, develop relationships, and watch the MPEx ticker by the minute. Here, competency and reputation are currencies in themselves.

A Web of Trust reputation system serves as a social coordination mechanism. To join the WoT, individuals must authenticate themselves to the channel bots with their personal Bitcoin address or GPG identity. From there, individuals are expected to lurk and to learn, to tune into the channel’s daily logs and associated ring of blogs, lest they embarrass themselves and develop a poor reputation before they’ve even really begun. Over time, individuals work to demonstrate value and return favors, thereby increasing their numbers of trusted connections and potential trading opportunities. Adherents praise the system for reducing search costs, since unknown traders are vetted by trusted allies, which therefore reduces the potential for scamming or ignorant trading.

I should note that this thousand-foot view of the #bitcoin-assets world is hardly adequate to convey its many nuances. For now, the basic presentation is instructive as an example of a community that applies the revolutionary tools of Bitcoin in a manner that plays to the strengths of our human nature. In sacrificing the marginal benefits that pure “decentralization” could provide, IRC Bitcoin investors gain the assurance of tacit personal knowledge and communal reputation management. While it is unclear how this model could scale, it provides a good indicator of trends to come.

Political imperialism locked in our options, political stagnation closes the door to reform. Bitcoin provides us alternatives to compelled trust in monopolies but it can never obviate the need for trusted human connections. Nor can it protect us from our own pesky brain bugs’ ambiguous filters on perceived reality. Trying to supplant our nature with technology is a losing prospect that gets it completely backwards. Early path dependencies look to be converging on a reinvigoration of the status quo, so distributed options currently look like a viable alternative. However, future Bitcoin fortunes will favor proven competency advertised through earned trust. Consider it an upgrade.